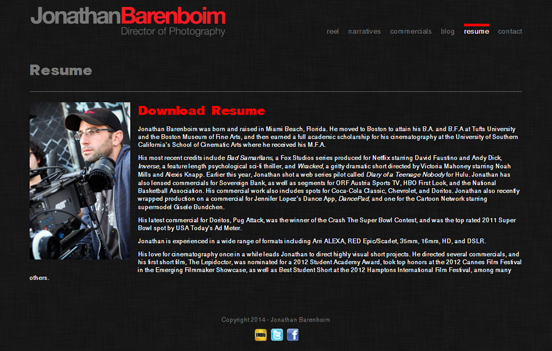 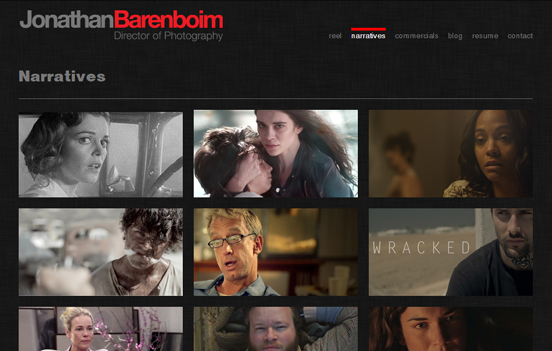 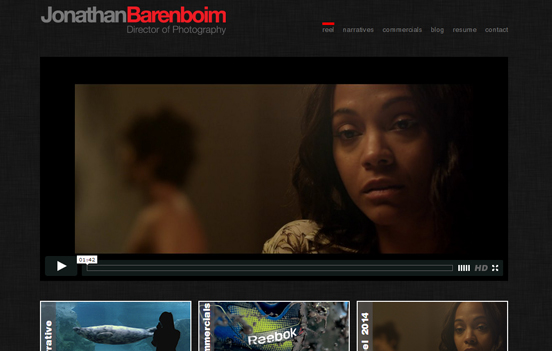 Jonathan Barenboim is a rising star as a director of Photography, TV & Video! His latest commercial for Doritos, Pug Attack, was the winner of the Crash The Super Bowl Contest, and was the top rated 2011 Super Bowl spot by USA Today’s Ad Meter. Jonathan is experienced in a wide range of formats including Arri ALEXA, RED Epic/Scarlet, 35mm, 16mm, HD, and DSLR. His love for cinematography once in a while leads Jonathan to direct highly visual short projects. He directed several commercials, and his first short film, The Lepidoctor, was nominated for a 2012 Student Academy Award, took top honors at the 2012 Cannes Film Festival in the Emerging Filmmaker Showcase, as well as Best Student Short at the 2012 Hamptons International Film Festival, among many others.